Go Back
Profiles In Courage

Companies looking to incorporate greater diversity, equity, and inclusion into their corporate culture should look at how Corning and Lewis Steverson have made DEI an integral part of the company’s restructuring plan for future growth.

Steverson, who as executive vice president and general counsel handled all legal issues for Corning, including managing the company’s global law department and advising the CEO and board of directors on corporate governance and legal matters, was appointed executive vice president and chief legal and administrative officer in April 2020. In this role, Steverson retains his previous duties and adds the new responsibilities of running the Office of the CEO, implementing the company’s Corporate Functions Review (CFR), and coordinating the newly created Office of Racial Equity and Social Unity (ORESU).

Steverson’s appointment is part of Corning’s restructuring of its corporate operating model to prepare for a new era of growth and to develop the next generation of senior management to lead the company. After joining Corning in June 2013 as senior vice president, general counsel, Steverson advanced to executive vice president, general counsel in January 2018, and in 2019 began working on aspects of the restructuring. As general counsel he had streamlined the operations of the intellectual property, M&A, commercial, litigation, governance, and securities and compliance groups. Now, as chief legal and administrative officer, he also oversees the aviation, security, health services, compliance, immigration, and employment groups.

His appointment shows that Steverson has earned the trust of Corning’s board of directors and its Chairman, CEO and President Wendell Weeks. His Harvard Law School training, executive leadership abilities, and experience also make him a solid choice to take on these critical responsibilities.

As head of the Office of the CEO, Steverson works with his chief of staff, the CEO’s chief of staff, and several of the company’s most senior executives to respond to any significant internal or external issues that could materially affect the company. The team also makes daily tactical decisions on behalf of the CEO. If extremely urgent matters arise, the group debates remedies and then takes the issue to the CEO.

In his new role, Steverson says he continues to “ensure that the Law Department helps the company achieve its business purposes while minimizing its legal risks,” but also allows Weeks “to maximize his day-to-day productivity and impact on the corporation.”

Steverson is also charged with overseeing Corning’s Corporate Functions Review, which provides a forum for leadership to conduct an extremely robust evaluation of the human resources, IT, legal, and other functions. Historically, the heads of corporate functions faced a review with the CEO only on an as-needed basis.

“We realized that we needed a more rigorous approach in order to hold each of the functions accountable to its commitments to the corporation as we move forward,” Steverson says.

To hold the company more accountable on DEI, Corning launched its Office of Racial Equity and Social Unity last year. ORESU organizes and coordinates Corning’s internal diversity and inclusion efforts, coordinates such efforts at its various locations, and advocates for racial equity and social unity on the national level with support from other organizations. “In the wake of 2020’s national social unrest, our senior leadership team realized we needed to become more united in our efforts to make sustainable social changes, both inside and outside of Corning,” Steverson says.

“The Office of Racial Equality and Social Unity enacts and influences changes on racial equality and social unity within Corning, the communities in which we operate, and nationally,” Steverson explains. “We are identifying, developing, and aligning key diverse talent with specific succession plans, while enhancing our talent pipeline with mid-career hiring and improved external recruiting efforts. We are also leveraging strategic partnerships with historically Black colleges and universities to bring Black talent into Corning.”

None of this would be possible without Corning’s commitment to diversity, which continues to be amplified by its board of directors. Corning has three Black directors and three women directors on its 15-person board. Last year, Corning signed the 2020 Board Challenge, which asks “pledge partners” to add at least one Black director within a year. Although Corning already had two Black board members at the time, the company joined as a “Charter Pledge Partner,” agreeing to encourage other companies to join the pledge. Corning elected an additional Black board member in February.

“Having three highly qualified, accomplished Black directors with outstanding strengths in the areas necessary for Corning will only strengthen the benefits we see from having a diverse board,” says Steverson.

But it’s the broader diversity of the company—from its board, to its executive leadership team, to its employee base—that has Corning in the process of restructuring at this time.

Says Steverson: “For Corning, a company with global operations, employees, and customers, diversity is imperative.” 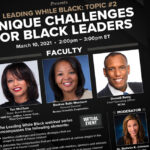 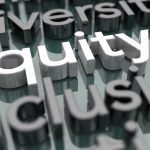